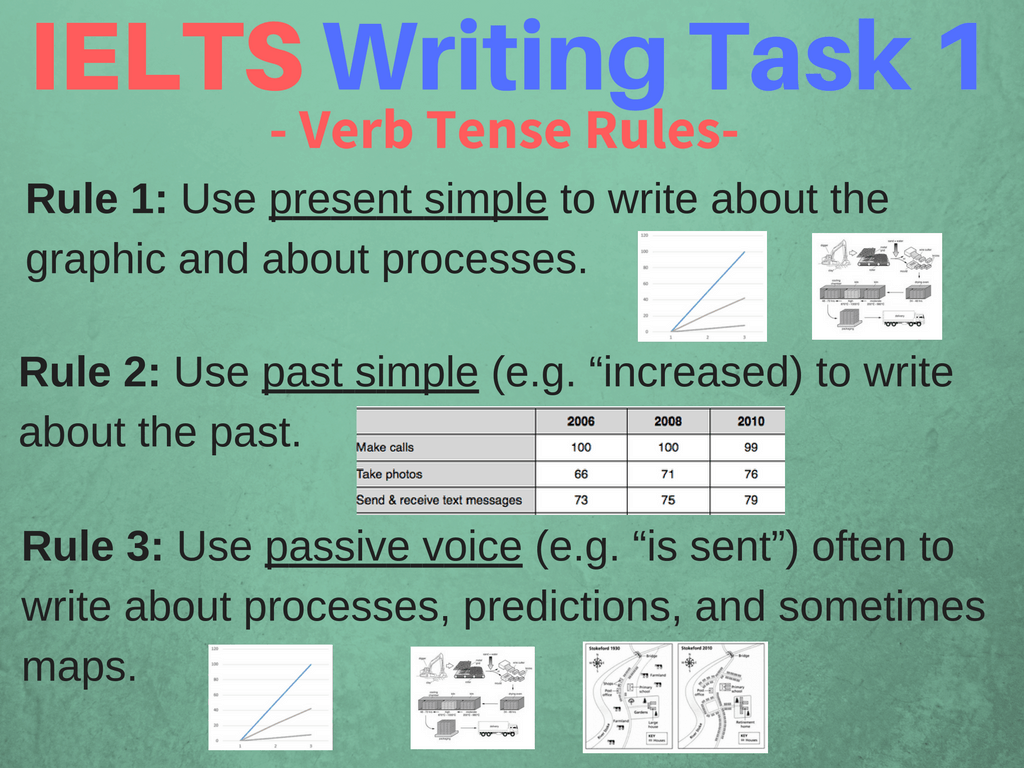 Did you know that getting a Band 9 score on Task 1 writing usually only requires 2 or 3 different verb tenses?

Which ones should you use?

Here are some guidelines to help.

Rule 1: Use present simple to write about the graphic in the introduction and about processes.

Basic Example: “The graph/map/diagram shows…” or “The table displays…” or “First, the truck picks up…” 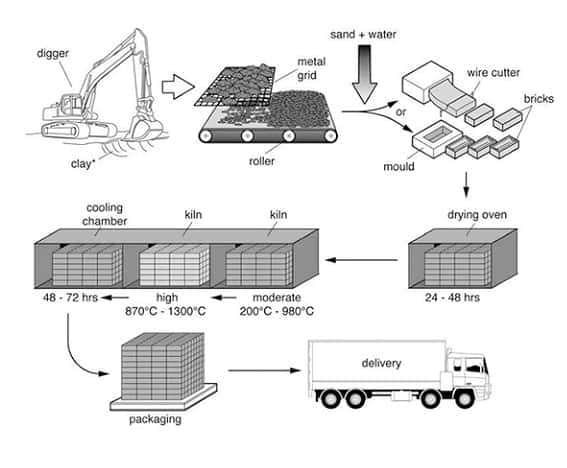 Comment: Whenever you write directly about a graphic including a table, chart, graph, map, etc. you should use the present simple tense. Use the same tense for process diagrams.

Band 9 Example: “The line graph compares three companies in terms of their waste output between the years 2000 and 2015.” – IELTS Simon

Rule 2: Use past simple (e.g. “increased) to write about the past.

Basic Example: “The number of people increased…” or “Several houses were built in the northern area…”

Band 9 Example: “Overall, there was a general decrease in the percentage of people who donated money over the two time periods (Rule 2). However, the pattern differs between the three age groups before 50 and the two age groups after the age of 50. (Rule 1)” – IELTS Advantage

Rule 3: Use passive voice (e.g. “is sent”) often to write about processes, predictions, and sometimes maps. 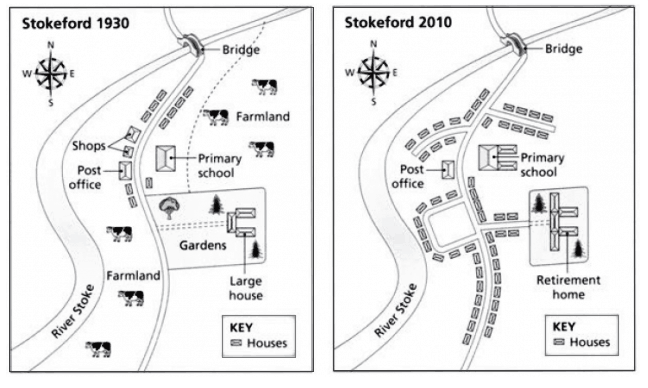 Comment: Passives are very useful for processes, predictions, and maps because we often don’t know or don’t care “who” or “what” is the cause of the action. For example, we don’t care what sends the electrical currents, who makes the prediction, or who built the houses.

Band 9 Example: ““After that, electricity from the generator is transferred to a transformer where the electricity can be changed to a form that is ready to be sent to the grid to power homes and industry (Rule 3). Hot water makes its way to a cooling tower, condenses and then returns to the turbine or can flow into the cold water source. (Rule 1)” – IELTS Advantage

Question: “Can I use other tenses?”

Of course you can. But you don’t have to.

The point of this article is to show you that even high-level writing uses very simple tenses and that these tenses have simple rules.

Take a look at your Task 1 writing and pay careful attention to the tenses that you’re using. Compare your tenses with the rules above. Is there anything that you can fix?

If you’re still not sure if your tenses are correct or not, check out our writing correction service.