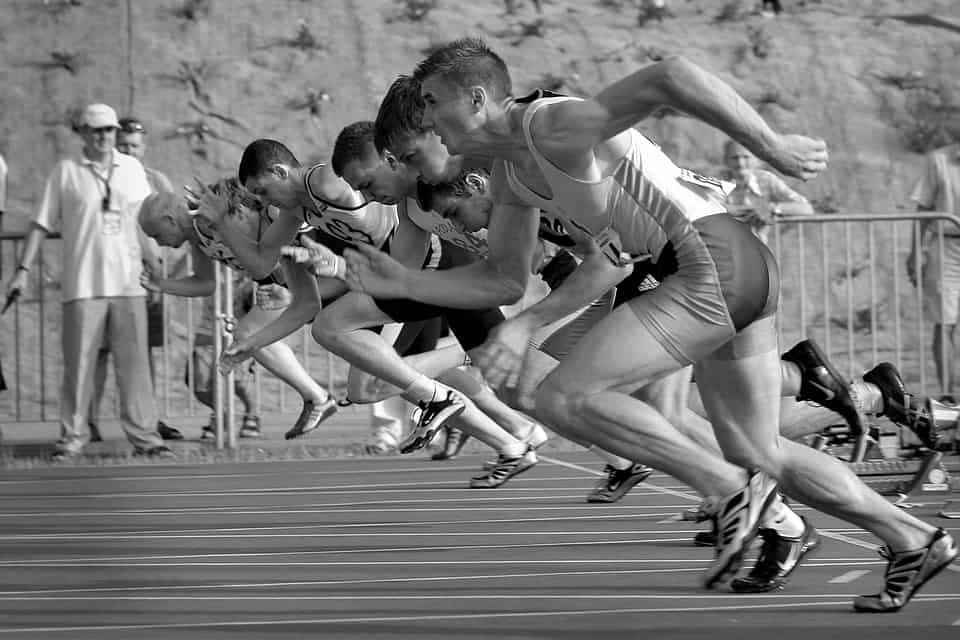 True, False, Not Given questions come in the same order as the reading. This is great because you can follow along.

However, with “Not Given” questions, you can spend a long time looking for an answer that’s not actually there. Because of this, I recommend the following strategy:

For T/F/NG questions, read at least one question ahead so you won’t miss the order and waste your time. That means if you’re doing question 2, also read question 3 and have it in the back of your mind.

Try this with this passage from Cambridge IELTS 5 and the following questions:

Since the early years of the twentieth century, when the International Athletic Federation began keeping records, there has been a steady improvement in how fast athletes run, how high they jump and how far they are able to hurl massive objects, themselves included, through space. For the so-called power events – that require a relatively brief, explosive release of energy, like the 100-metre sprint and the long jump – times and distances have improved ten to twenty per cent In the endurance events the results have been more dramatic, At the 1908 Olympics, John Hayes of the U.S. team ran a marathon in a time of 2:55:18, In 1999, Morocco’s Khalid Khannouchi set a new world record of 2:05:42, almost thirty per cent faster